The 3 golden rules of lure fishing: When you get to a certain age, you spend more time looking behind you than you do gazing into the future. Especially during this period of bad weather Time is often spent reflecting on past triumphs or disasters and the ever-present father time seems to be constantly taping on your shoulder.

This was the feeling that I had as I lay in a clump of reeds at one of my favourite pike fishing locations, reclined on my back and gazing at the stars as I waited impatiently for the first rays of the sun to show themselves through the Birch Trees on the opposite bank.

As is the rule of thumb these days, I am unfortunately not allowed to divulge the exact coordinates of that particular river, as to do so would probably see me manacled to the stocks of the local village! Rest assured, it is a destination that I look forward to visiting at certain times of the year due to the confluence of the water and if the levels are right, the abundance of silver baitfish. With the silvers come the apex predators to gorge themselves on the all you can eat buffet, fattening themselves up for the spawning season.

I would say as a lure fisherman, I play the percentages, but as well as that, I have three rules – my golden rules of lure fishing.

The 3 golden rules of lure fishing – Always check the weather

First up in my golden rules of lure fishing, you will never find me standing on the bank if I didn’t feel that there was a chance of catching a fish.

There have been occasions when I have woken in the morning only to look at the weather forecast or the pressure and return to bed content that I haven’t wasted my time and indeed fuel etc.

It has worked for me more often than it hasn’t, and this along with other self-imposed guidelines, have seen me have more than my fair share of success.

The second golden rule of lure fishing is not to surround myself with mountains unnecessary tackle that I know I will never use.

This is of course extremely hard to do so when tackle shops these days have everything that your heart desires, even though the majority is probably there to catch the angler more than the fish!

I am not saying that what I carry wouldn’t fill the boot of a medium-sized family car, but what I do carry leads into the final rule that I live by. This has been honed over a number of years and in a way it could be attributed to a kind of working system that I adopt whenever I am lure fishing.

By using such a method, it allows me to swap and change the lures with a defined purpose rather than guessing and hoping for the best.

The last golden rule of lure fishing – I always start a session with the last lure that had brought me success the time before.

It may not be the right one for the conditions but it has become more of a superstition now, along with always wearing certain attire and never going out without a packet of Jelly Babies. Perhaps even stranger, I don’t eat them! My collection of this particular confectionery includes best before dates that would send most people’s digestive systems into a meltdown.

If there is no reaction to the first offering of the day then a more rigorous thought process then comes to the fore.

Building on the Golden Rules of Lure Fishing

Firstly the conditions are studied. Is the water temperature on the high or low side depending upon the time of year? Would the fish be expected to be chasing their pray or would they be more inclined to be remaining in a stationary position, when a slower approach might be called for? Then there is the kind of lure required. One with a built-in action that imparts a reaction from the fish or a more slow and laboured approach? Entwined within this is the colour. Dull and more natural-looking or bright and garish?

We have to remember that when talking about predator fishing we are only appealing really to three differing in-built reactions of the fish.

These, in my opinion, are the main avenues that need to be considered. Is the pike curious as to what it has seen passing its lair? Is it totally fed up with this soft plastic interloper? Or has its metabolism instructed it to launch itself in the hope of satisfying its appetite?

Putting the Golden Rules of Lure Fishing to Work

On this particular day, as the first shaft of light danced on the water, it was clear after a couple of casts and having an idea that the water temperature was low, that my first choice, having had success on a previous trip, would not bear fruit.

The lure had too much action and in these cold conditions, I would need to search for something that would be more subtle in its temptation.

Knowing that there would be plenty of baitfish present, but not wanting anything with too much motion, I settled on a Roach imitation with a slight twitch in its tail. Dropping out at 55 grams this lure would need to be retrieved slightly faster than I would have liked, but would get closer to the river bed quicker and nearer to the quarry I was after.

It was probably within three or four casts, that a solid pull against the rod highlighted the first fish of the day. It was never going to be a record-breaker at 8lb in weight, but what it revealed was far more valuable.

The fish had lice upon it and this then told me that there was a good chance that the temperature had affected the fish and their willingness to chase their prey was not on the menu today. Further fish followed, but again they were not that large.

After a short break and realising that time was ticking on, I decided to spend another fifteen minutes before packing up and heading home. It was then that on one of my final retrieves, and working the lure close to the bank, a large Pike shot out of the margins and attempted to grab the lure.

The shock of this scared the both of use I think, as she didn’t engulf the lure properly and I for some reason reacted by lifting my rod too early and pulled it from the jaws of this monster.

Strangely the fish then turned and slunk back into the margins again adopting the original position it had earlier. Sitting as close to me as a well-trained gun dog on an organised Pheasant shoot

Would it be willing to have another go I thought? Maybe it hadn’t felt the sting of the hook and might just commit itself once more?

Casting to the same position and drawing the lure close to the bank, this time I was prepared and hung the lure in exactly the same place. As if timed to the second, the biggest Pike that I had seen in this river for some time, shot from the bank side foliage and grabbed hold with such ferocity that a true battle of wills was on the cards.

With all its might it was unwilling to be landed in quick order but eventually, I gained the upper hand and a 19lb.7oz specimen lay in the net.

Knowing that this wasn’t going to be topped, at least on this occasion I packed up and headed home. The forty-minute drive home seemed to take no time at all, buzzing as I was from the mornings fishing.

However, I did have one stop to make on the way. Covered in mud and wrapped up like a polar explorer, I entered my local garage. I needed to replace that packet of Jelly Babies, as when packing my tackle away, I noticed the creased and crumpled packet at the bottom of my tackle bag. Four years out of date was probably pushing it a bit.

I have been fishing since the age of 10 years old. I cut my Teeth on the river Trent but have fished in the Dominican Republic, Australia, the USA and parts of Europe. An accomplished fly fisherman, fishery manager and fish farmer before entering the world of lure fishing for Pike, Perch and Zander. I Prefer Lure fishing for Pike and Zander and Drop Shot fishing for Perch.

Thanks for reading and many thanks to Andy for sharing his golden rules of lure fishing. If you put any of this into practice let us know in the comments below. Remember to check out our blog for similar fishing related articles and subscribe so you know when the next post lands. 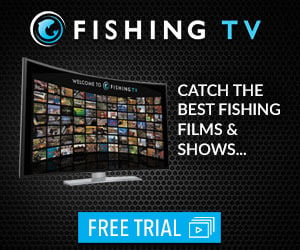